Amazing facts about Tasmania! (Plus the biggest myths debunked)

Study in Australia » Amazing facts about Tasmania! (Plus the biggest myths debunked)
Previous Next

Amazing facts about Tasmania! (Plus the biggest myths debunked)

There are so many incredible reasons to visit and study in Tasmania. Here are our top facts (and myths) about Australia’s island state!

Over 42% of Tasmania is national parks, World Heritage Sites or reserves

Tasmania’s natural beauty is world-famous and very well protected. There are 880 walking trails to be trodden and they stretch an astonishing 2800km around the island. There is no better way to connect with the ancient cultures and landscape of the land than by exploring the incredible bushland and coastlines.

Tasmania has rainwater so pure they can bottle it

Tasmania is the only place in the world that has rainwater approved for drinking by health departments. Due to the pristine air quality, the water that falls from the sky can be collected, bottled and sold. Check out Cape Grim for more information about how they collect the rainwater. 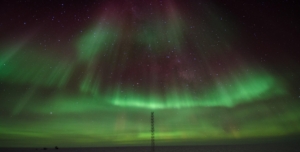 You can see the Southern Lights from Hobart

Did you know that there are Southern Lights? Well, there are! And you can see them from Hobart. Aurora Australis is the ‘down under’ equal to the Northern Lights and has the same celestial origins.

These stunning light displays are created when energy and small particles burst forth from the sun and enter the Earth’s atmosphere through the north and south poles. As the particles interact with atmospheric gasses, they produce what looks like glowing ribbons across the night sky.

Winter is the best time to catch a glimpse of the Southern Lights. And for the best seats in the house, head as far south as you can. Find a spot with an unobstructed view, away from light pollution and that has a broad horizon. You can check Service Aurora for updates or the Aurora-related Facebook groups.

This Australian island has some hilarious place names

Why not visit Eggs and Bacon Bay? Or the Milkshake Hills? How about Stinkhole, Dismal Swamp, Satan’s Lair, Granny’s Gut or Lovely Bottom? Despite the names, many of these places are incredible to visit. Dismal Swamp is definitely not dismal, and in Satan’s Lair you could find Tasmania’s national treasure – the Tasmanian Devil.

Tasmania has the shortest commuter routes in Australia

This isn’t particularly surprising considering the smaller size of its cities, but if you want to cut your commuter time, then Tassie is for you. This also means that Tasmanians probably have more free time than their mainland Australian counterparts – winner!

Before British settlement, Hobart was occupied by the Mouheneener tribe

Descendants of indigenous Tasmanians (including Mouheneener) now call themselves ‘Palawa’. Palawa is the name of the first man, created by the creation spirit from a kangaroo. In Hobart, you can learn about Tasmanian Aboriginal history at the Tasmanian Museum and Art Gallery. 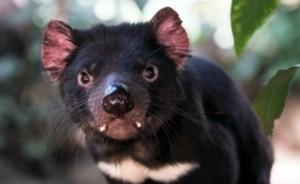 It may surprise you to know that Hobart is the second-driest capital in Australia after Adelaide. By comparison, Sydney gets twice as much rain as Hobart!

Although it is further south than the mainland, Tasmania can still experience temperatures up to 40 degrees in the summer. Overall, its weather is similar to that of Melbourne except that its average temperatures will be a couple of degrees cooler.

Fun fact: Tasmania is closer to the equator than Rome!

Sadly, this is a myth. But the ‘Tassie’ tiger (or Thylacine) did exist! Due to habitat loss, disease and hunting, the species became extinct in 1936.

Despite its confirmed extinction, people still search for this mysterious creature that resembles a dingo with a striped haunch. Sightings have been reported as recently as 2019, so if you’re in Tasmania, remember to keep a watch out!

3. There’s no nightlife in Hobart

Although Hobart may not have Sydney or Melbourne’s party reputation, it does have a thriving nightlife. In fact, in the 1830s, Hobart had a pub for every 200 locals! Nowadays, there are several top-notch bars and restaurants and vibrant festivals such as Dark Mofo.

If you’d like to study in Tasmania, Central Australian College offers several courses at our Hobart campus. Apply now! 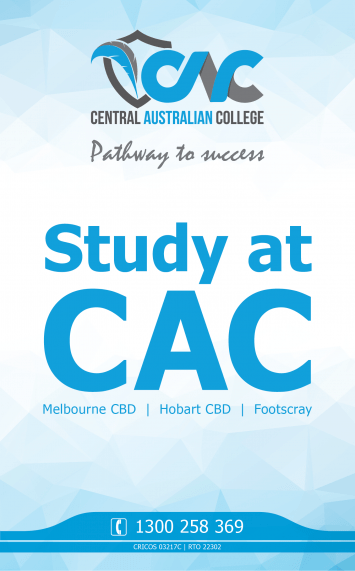 Our prime focus is on delivering quality training and assessment. We ensure that student’s support services are given utmost importance.